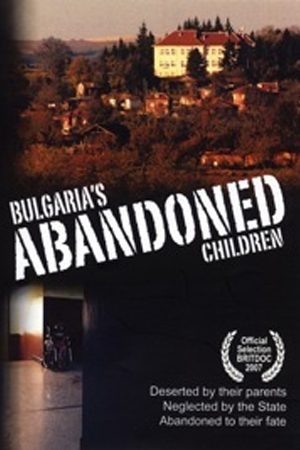 Director Kate Blewett visits a children’s care home in Bulgaria and investigates the conditions in which the children live.

Following the completion of the film, the production team offered the Bulgarian Embassy in London the opportunity to comment on the findings made in the course of filming the documentary: The Social Care Home – where 75 unwanted children are growing up – is the main employer in the small village of Mogilino.

Few of the children can talk, not necessarily because they are unable but rather because no one has ever taught them how. Kate meets the children in this tragic, silent world, such as Milan, the gentle giant who spends his days doing chores and watching over the others, and mildly autistic 18-year-old Didi, who is able to talk, and has plenty to say, but no one to speak to.

The children that surround them suffer a variety of problems, many are blind or deaf and some are unable to leave their beds, many are literally wasting away. Abandoned into the hands of the staff at Mogilino these children inhabit a bleak uncaring world, so devoid of normal everyday stimulus that many have taken to rocking slowly and constantly in their chairs just for something to do.

Bulgaria has more institutionalised mentally and physically disabled children than anywhere else in Europe. This film is a heart-rending and eye-opening look into the life of one such institution.