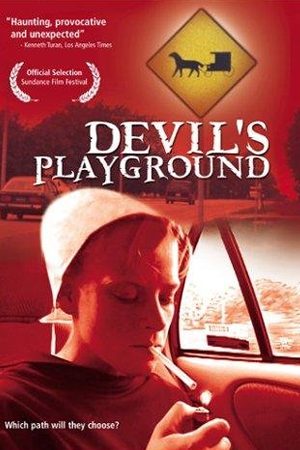 This documentary by Lucy Walker is about the Amish — a Christian denomination.

The Amish church was founded in 1693 by a group of Europeans that protested against the baptism of babies. This group claimed that only adults can freely accept Christ and be baptized. Because of this they were violently persecuted and by 1890 all of them had migrated to the United States.

The Amish live in separated, enclosed communities in which they continue to hold on to their traditions and customs. They deliberately have no electricity, hence no TV or radio, they farm and ride buggies pulled by horses. In a sense they are somewhat cut off from the rest of the world, which they are encouraged to ‘not love.’

On the day they turn 16 everything changes radically. Amish teenagers are released from their Amish restrictions and allowed the freedom to explore the customs outside of their protected world. This means they have a choice whether to indulge in habits and behaviors such as alcohol consumption, experimentation with drugs and premarital sex. These are unacceptable to their religious beliefs. They are also allowed to go to the mall, movies, parties, get haircuts, drive cars, wear make-up and jewelry and other such activities that are usually frowned upon. This is done in an effort for each child to decide whether to continue in the Amish religion for life or to leave the community altogether.

This period of time is known as ‘rumspringa’ which literally means “running around” and it can last from a few months to a few years. It all depends on how long it takes the teenager to make up his or her mind.

In spite of the freedom to experiment, Walker notices that from 85 to 90 percent of the teens actually decide to return to the Amish ways and join the church for life. This could be because family ties are more important than the freedom to experiment with drugs, sex, and booze. Or it could be because at 16 a child is not yet able to separate himself or herself from the only life he or she has ever known. It also might be proof that what kids learn during the first 16 years of their lives can influence the choices they make as adults. Watch this film now.

In 1968, Civil Rights leader Martin Luther King Jr. was assassinated. Racism across the United States was rampant. Instead of ignoring the problem that was plaguing the country, one teacher in an all-white Iowa town, Jane Elliot, decided to rise to the challenge and become part of the solution.