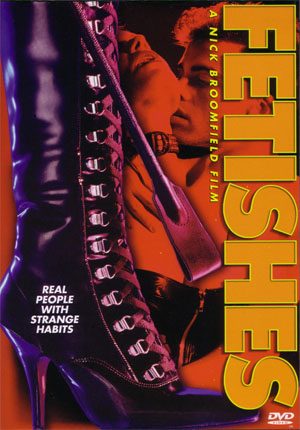 The dictionary defines a fetish as: a strong or unusual need or desire for something, a need or desire for an object, body part or activity for sexual excitement, an object or part of the human body that has been invested with magical power to help protect the worshiper.

According to statistics, 14% of men and 11% of women have had some type of experience with fetishism and sadism and masochism (S&M). For instance, the sale of fetish clothing is a multimillion dollar industry. Yet very little is known or openly discussed about it.

In downtown Manhattan, New York there, Nick Broomfield and his film crew visit a legal fetish and S&M house of domination called Pandora’s Box. Mozart, well-known for his scatological fetish, is playing in the background as the camera crew is given a tour of the available rooms. The tour begins in a French dungeon equipped with a guillotine, stocks, cages, and lots of different equipment to push the imagination to the limit. Tools are available for all kinds of bondage and the transfer of control and power. Whips are a must-have, mirrors are essential, lights should be dim to set the mood.

The house of domination also offers other set-ups such as a medical room, classroom, or living room where the client can explore and live out his or her fantasy. But discomfort is not always necessary in a session. The experience can also be merely psychological and sensuous—almost therapeutic—without the element of pain.

Some of the women on staff at Pandora’s Box passionately describe the excitement of being blindfolded and tied up. They express the thrill of being helpless, wanting the pain to stop, not knowing when it’s coming again, but learning to relax through it. “It’s like going to a movie, just that you get to interact with the movie”.

And so it is that hundreds of people, mostly professional men, pay thousands of dollars to receive sessions at Pandora’s Box. They fill out a form stating their clothing preference, pain threshold, and preferred role-playing scenarios. Some clients are into things like slavery, verbal humiliation, wrestling, mummification, and corporal punishment. While others enjoy sensory deprivation like strangulation. The mistresses are willing and ready to offer it all.

Most people, both the clients and the mistresses can trace the start of their unusual desires way back to early childhood. Many of them can pinpoint almost with precision the moment they realized that they were aroused by unusual behaviors. This might be because many fetishes are the individual’s worst fears but eroticized.

This film attempts to shed some light on the more unusual side of human sexuality and taboo desires. 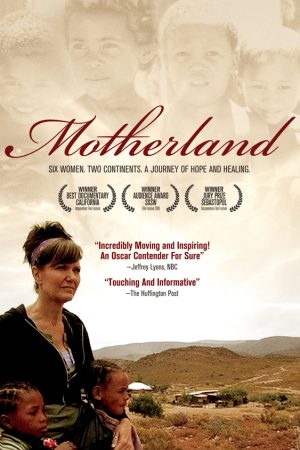 Six Women. Two Continents. A Journey of Hope and Healing.

Nobody can understand what it’s like to lose a child unless they have experienced it in their own lives. The pain is unlike that of losing a spouse, your parents, or a friend.

This feature length documentary by Rodrigue Jean explores the lives of male sex workers. It includes interviews with real men who work as prostitutes, sometimes for many years.

Renowned director and cinematographer Vic Sarin set out of a journey of self-discovery. After having traveled the world and after becoming a huge success, he still continued to feel like an outsider.