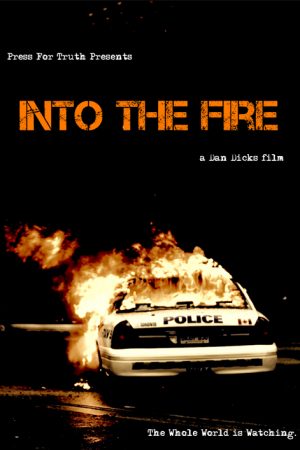 In June 2010, world leaders and activists from around the world gathered for the G20 Summit in Toronto, Canada. Although the general public was brainwashed into believing that this summit was all about making the world a better place, a few independent journalists and critical thinkers knew that the real agenda was not about peace and prosperity for all.

It’s basically the same way in which people have been led to insert a myriad of other useless habits and beliefs into their minds. The media is partially to blame for this, as is the educational system. People move around with robot-like properties, complying with the wishes of organizations that do not have their best interest at heart.

As Charlie Veitch, an activist who called himself the Love Police, and Press for Truth tried to enlighten the public just hours before the Summit began, police officers and security guards became increasingly more nervous and abusive. After all, one of these men was standing on a sidewalk speaking sarcastic comments into a megaphone while a few others filmed. The interesting thing to notice is how these officers, who took a vow to defend and protect, started making up ridiculous rules that were actually in violation of Canadian civil rights. They took advantage of their uniforms to acquire a sense of superiority, all under the guise of keeping the streets safe for the Summit.

The officers kept referring to an act called the Public Works Protection Act or the Public Works Act, which isn’t new, but had never been extended to the downtown area until the days before the 2010 G20. Traditionally, Canadian citizens are not under any obligation to identify themselves or to be searched in public places, yet it happened. And those who resisted or those who didn’t whip out their IDs quickly enough were immediately detained for hours at a time in improvised cage-like cells. One man was a victim of police brutality simply because he told a group of officers “good luck with Saturday.” The methods used were intimidation, blatant violence, and bullying.

With over 19,000 police officers and security personnel standing by on foot, in vehicles, and on bicycles, there were over 1100 arrests, and the most massive violation of civil liberties ever witnessed in Canadian history.

According to the police officers, it was not their decision. “We don’t make the rules’, one stated. They blamed the government for forcing them to act in such a shameful manner. Watch this film now.

The Canadian government is hiding a dirty little secret and it’s about time you found out about it. This one little secret has so many ramifications, that it’s hard to keep up with it.

This film by Lars Johansson is about Shell and the Niger Delta, a vast swamp in Nigeria where the River Niger meets the Atlantic Ocean.

In the 19th Century, Jay Gould, an American railroad developer was quoted as saying “I can hire one-half of the working class to kill the other half.”

Paradise was a beautiful tightknit community; everybody felt safe in the mountains and the place always had a healing effect on visitors and residents.