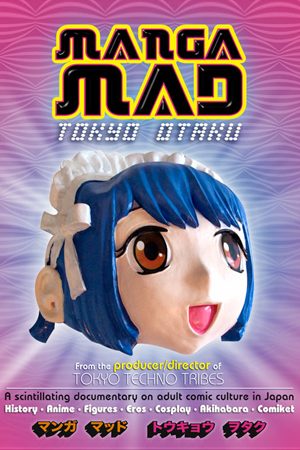 A Scintillating Documentary on Adult Comic Culture in Japan

Manga is an ancient Chinese name of a bird that was known for collecting things. In time, the term evolved to refer to a book that held a collection of poems or pictures.

Japan is the country where more people read comics than in any other place in the world. Comics are a huge part of the pop culture in Japan; in fact 40% of books and magazines published and sold in the country are comics.

The reason for the widespread of manga is because it helps people to relax when things in the real world become too stressful. The Manga and anime become like a safe place to escape and rest. Reading comics takes the stress out the daily routine.

Up to 60% of all cartoons and animations that are broadcast around the world are made in Japan. Every year thousands of tourists flock to Akihabara Electric Town, which has become a fantasy Mecca for comic animation fans. These fans are called otaku and it has been estimated that they spend billions of dollars per year on comic character products.

The stories portrayed in the animation are simply a reflection of Japanese society and they tell what is really going on in the minds of the people. There seems to be a big difference between the innermost thoughts of the population and their behavior. For instance, most businessmen prefer the comics that portray violence and erotica. This is probably something they would be judged for, but the manga gives them the opportunity to indulge in that reality without being rejected.

This documentary gives insight into contemporary Japanese culture. The tradition of graphic narrative is traced in Japanese art history all the way to the post World War II popularity of comics. Comic Market (Comiket), the biggest comic event in the world is featured along with an interview with its founder. The film also includes candid interviews with artists, animators, publishers, historians, retailers and otaku fans.

Manga Mad Tokyo removes the mask to reveal what’s really going on in the collective uncensored Japanese imagination, and then explains why manga is so pervasive and spellbinding. If you want to know why these cartoons are becoming a global craze, watch this now.

Documentary. Japan through foreign eyes. Interviews with nineteen foreign residents in Japan. Personal experiences and opinions, both the good and the bad stuff.

In Japan, the local bars and nightclubs hire many different kinds of hostesses. Lured by the excitement of a glamorous lifestyle, a lot of professional women quit their jobs back home and set out in search for a break or an adventure.

Central Banks and the Transformation of the Economy

It’s a little known fact that central banks have the power to create economical, political, and social change. For instance, this film explores how Japanese society was transformed to comply with the needs and desires of a powerful group.

There’s an enemy at work in Japan. Around 300,000 people made the decision to end their lives through suicide in the last ten years.