In Juchitán, Mexico, muxes are children who were identified as boys at birth but who are chosen from a very young age to become girls. This is often times confused with being transgender, or gay but the locals are quick to establish that this is not the case. Muxe is a specific identity that is common to the Zapoteca indigenous people of the Oaxaca region.  It’s a cultural issue and they insist there’s no equivalent to it in other cultures.

Their stories are different. Some recall specifically choosing to dress up like a woman, while others say they were rejected by little boys and just assumed they then needed to behave as girls. Muxes are sometimes scorned by society and by their own families and often they are victims of cruel abuse. However they all agree that this is a condition they were born with and they accept it humbly and gratefully.

In some families, mothers actually want one of their sons to be Muxe because they only have boys and need a helping hand around the house. Also, the fact that Muxes don’t marry means mothers won’t have to worry about loneliness in old age. So they are on the look out for a son who might exhibit slight feminine tendencies and they make sure to encourage him to explore those tendencies.

To some families it’s actually a blessing or a sign of good luck to have a Muxe, however life is not always easy for these men once they step outside of the region.

Many Muxes have to inject hormones in order to keep from growing a beard or from getting a deep voice. This is sometimes expensive and some resort to prostitution to be able to pay for the treatments. Others forego the hormones, though, and simply decide to live like men who prefer to have sex with other men.

Some people believe that the strict matriarchal society is what pushes so many boys to become Muxes, but some locals disagree. Although the role of women is extremely important to their culture, they insist that Muxes are born, not made.

Assaulted and Maimed for the Colour of Their Skin

This film, directed by Aleksandr Avilov, tells the story of those who have the misfortune of being born albino in Tanzania, Africa.

Everybody knows that women who live in Afghanistan’s male-dominated society face a long list of restrictions and prohibitions. Some of these restrictions are quite extreme such as not being allowed to go to parties or dances.

Between Sky and Ocean’ an independent documentary film, captures a series of unreported stories from the Kiritimati (Christmas) Island, which is located in the Central Pacific Ocean. 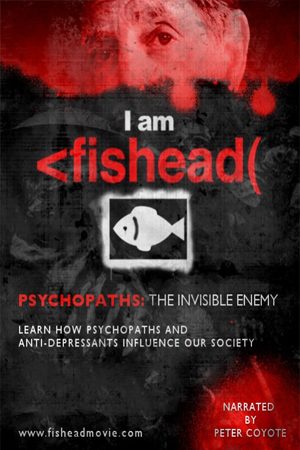 The ancient Chinese said ‘a fish stinks from the head’. Is that true? Is the answer to our questions about society really that simple?