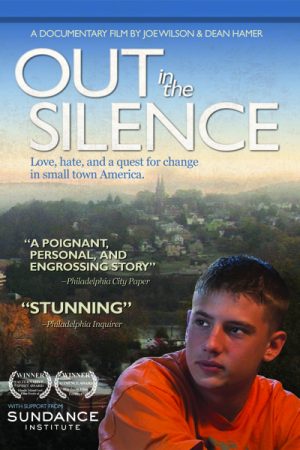 Out in the Silence

This film tells the story of what it’s like to live in a place where you feel trapped and alone, a place where it’s safer to be silent than to be yourself. As is usually the case in many small towns with small town values, Oil City is a place in the hills of Western Pennsylvania where being gay is simply not acceptable.

So when a local newspaper, The Derrick, published the same-sex wedding announcement of a man who grew up in Oil City, all hell broke loose and angry letters poured in. Alerts went out to various Christian congregations and conservative values groups in which people were encouraged to write letters of protest to the newspaper.

However, one letter stood out among the others. It came from a heartbroken mother, Kathy Springer, who had tracked down Joe Wilson in Washington DC where he lives with his spouse, Dean Hammer. Springer begged Wilson him to help her deal with the injustice being done to her gay teenager.

Wilson decided to go back to his hometown to try to understand why this place was still so violently hostile towards homosexuals. So he grabbed a camera and headed back to Oil City. There, he met fifteen-year-old CJ, Kathy’s son. CJ shared with Wilson how he would arrive at school every day and have to endure eight hours of anger and hatred while the school staff turned a blind eye. CJ would get hit, pushed, tripped, yelled at, and threatened every single day. CJ eventually dropped out of school and confined himself to his house just so he could stay alive.

Things might be changing in Oil City, Pennsylvania, though, because in every community there can always be found a few members who are willing to step up and speak out against injustice and discrimination. Watch this thought-provoking film now.

When TV meteorologists start using big words like accumulation, whiteout, and wind chill factor, adults know its time to head to the local grocery store to stock up on canned goods, batteries, and other essential supplies and kids know it might mean that schools will be closed and they’ll get to sleep in and enjoy a snow day.

This film is a 30-minute documentary about Hinewai, a beautiful place located on New Zealand’s Banks Peninsula. In 1987 Hugh Wilson announced to the local community that he was planning to allow a weed to grow as a nurse canopy to regenerate farmland into native forest and restore the native biodiversity as much as possible. 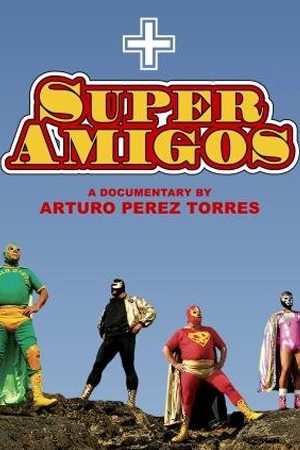 Superheroes do exist and they are fighting injustices on the streets of Mexico City. Mexico City, the capital of Mexico, is one of the most populated cities in the world.

In 1987 a videotape showing sadomasochistic sex between men fell into the hands of police in the North of England. This initiated one of the largest vice investigations in British History.

In this thought-provoking 2008 documentary, Senegal-born director Musa Dieng Kala returns to the working-class town where he grew up in the capital city of Dakar.