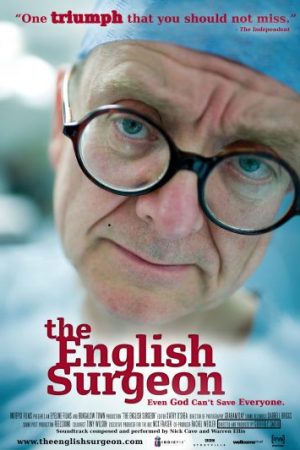 Even God Can't Save Everyone

What is it like to have God like surgical powers, yet to struggle against your own humanity? What is it like to try and save a life, and yet to fail? This film follows brain surgeon Henry Marsh as he openly confronts the dilemmas of the doctor patient relationship on his latest mission to Ukraine.

Henry is one of London’s foremost brain surgeons, but despite being a pioneer in his field he stills rides an old pushbike to work and worries himself sick about the damage he can inflict on his patients. “When push comes to shove we can afford to lose an arm or a leg, but I am operating on people’s thoughts and feelings…and if something goes wrong I can destroy that person’s character ……forever”.

Driven by the need to help others where he can, Henry has been going out to Kyiv for over 15 years to help improve upon the medieval brain surgery he witnessed there during his first visit in 1992. Today the patients see him as the great saviour from the West, desperate parents want him to save their child, and his Ukrainian colleague Igor Kurilets sees him as a guru and a benefactor. But for all the direct satisfaction he gets from going, Henry also sees grossly misdiagnosed patients, children who he can’t save, and a lack of equipment and trained supporting staff. “It’s like selling your soul to the devil, but what can you do? My son had a brain tumour as a baby and I was desperate for someone to help me. I simply can’t walk away from that need in others”.

Richard Dawkins takes on faith based schools in Britain.  Around one in every three publicly funded schools in the UK have a religious affiliation.