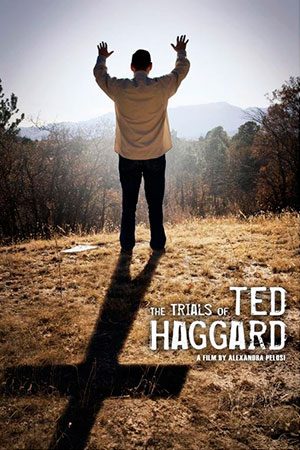 The Trials of Ted Haggard

Biography, Religious Figures
7.2/10 based on 5 votes

Ted Haggard had it all: prosperity, a doting wife, five kids and a ministry that reached more than 30 million followers who hung on his every word. But in 2006, it all fell apart in a sea of scandal.

Journalist/filmmaker Alexandra Pelosi returns to talk with Pastor Ted – whom she met while filming Friends of God – who was exiled from the church he built and the state where he lived after admitting to “sexual immorality” and to buying methamphetamines.

Following Haggard and his family as they move from house to house and motel to motel, Pelosi interviews the sullied ex-minister as he works as a traveling insurance salesman, and maps out a strategy for redeeming himself and supporting his family.

A sect has been defined as a small religious group that is usually a derivative of a larger organization. The members usually follow a leader who calls himself a ‘prophet’ or acts like an exclusive spokesperson for God.

The Empire State Building should never have been built. Constructed during the Great Depression, this icon of the New York skyline stood as the tallest building in the world for over 40 years.

Episode 1 The Church of Jesus Christ of Latter-day Saints is one of America’s fastest-growing religions and, relative to its size, one of the richest.