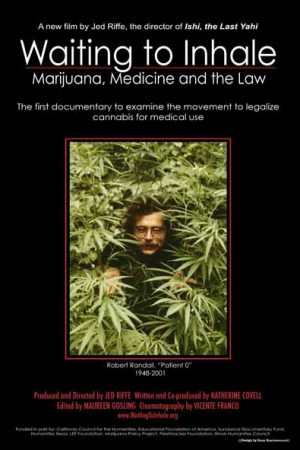 Waiting to Inhale examines the heated debate over marijuana and its use as medicine in the United States. Twelve states have passed legislation to protect patients who use medical marijuana.

Yet opponents claim the medical argument is just a smokescreen for a different agenda: to legalize marijuana for recreation and profit.

What claims are being made, and what are the stakes?

The film takes viewers inside the lives of patients who have been forever changed by illness-and parents who lost their children to addiction. Is marijuana really a gateway drug? What evidence is there to support the claim that marijuana can alleviate some of the devastating symptoms of AIDS, cancer and multiple sclerosis?

This documentary film sheds new light on the controversy and presents shocking new evidence that marijuana could hold a big stake in the future of medicine.

Medical marijuana is legal on a state level in 17 states, yet illegal federally. Join journalists as they explore Otherside Farms in Irvine.

Medicinal Cannabis is a myth shattering documentary film which goes in depth with leading research on medicinal cannabis and its demonstrated affects on human health.

On July 8th, 2014 Washington began offering the sale of recreational marijuana. A few months later in October of 2015, Oregon followed suit and began to offer the same service.

Imagine going for a regular mammogram and then getting called to go back in for deeper examination. Then imagine having to hear your doctor tell you that he’s 90% sure that the results show a tumor and it’s breast cancer.

In May of 2013 Colorado became the first state in the United States to legalize marijuana for recreational use. Motherboard headed to Colorado after the state’s legalization of marijuana.