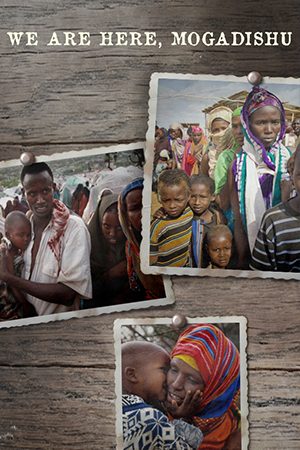 We are Here, Mogadishu

The civil war has been going on in Somalia for decades. It has now become a daily occurrence in the lives of over a million people. Poverty and disease have devastated the country to the extent that 24% of children under the age of 5 now suffer from malnutrition.

This documentary tells the painful story of what happens during war from the perspective of a small boy. His dad was brutally murdered and his mother was forced to flee with her children to a refugee camp in Mogadishu. Before the war, Mogadishu used to be one of the most beautiful seaside cities in Africa. The camp where they now live houses about 10,000 men, women, and children. At first they thought their stay would be a short one, but after a few months they realized that this was to be their new home for the foreseeable future.

In the mornings, he and his friends walk a long distance to get water and bring back to the camp. Often, this trip needs to be made many times during the day. In the evenings, the boys sit outside their tents and shape toys out of clay. Most of these toys are soldiers and military vehicles. Sadly the boys have come to reenact the only life they currently know.

There is a school within the camp, which all the children are expected to attend every day. There is also a camp doctor who takes care of the less serious cases.

About once or twice a month trucks come bringing donations in the form of food supplies from other countries. The arrival of the trucks usually causes a type of riot as people try desperately to get what they need for their own survival. The distribution lasts many hours, extending into nightfall. But once it’s over, the camp becomes calm again except for the sound of gunshots in the distance that can be heard throughout the night.

Children are born in that camp, they grow up there, and they die there. Watch this heartbreaking documentary now.

When Refugeses Find Their Smiles Again...

In 2015, more than 800,000 immigrants entered Greece illegally through Turkey.  They came from the Middle East and Africa. These days it has become common for thousands of volunteers to travel to Lesbos, Greece to meet these refugees and offer assistance. 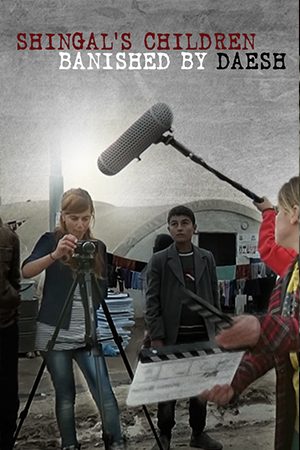 An eerie silence reigns over the land as the realization sinks in that Daesh terrorists are just a few miles away.

After watching a very disturbing video on Youtube in which ISIS showed just how easily they could kill anybody who didn’t share their ideology, a group of young people decided it was time to take a stand.