The 13th amendment of the constitution makes it unconstitutional for someone to be held as a slave. However, there’s a clause or loophole that states “except as a punishment for crime.” When you have that clause embedded in the constitutional language then it’s going to be used as a tool for whichever purposes best fit the user.

Slavery was a powerful economic system that benefitted a lot of people. Its abolishment weakened the entire economy of the southern states. For this reason, the loophole in the 13th amendment became extremely important to rebuild finances in these states. Hence, recently freed African American men began to be arrested and imprisoned for practically anything. In order to get away with that, society had to be brainwashed to believe that the African American male was dangerous and out of control and needed to be behind bars for the safety of Whites, particularly women.

As time went on, the strategy spread to include the destruction of the education and health care systems, making it more difficult for certain communities to have access to them. This had a ripple effect that made good job opportunities hard to come by because certain citizens were not academically prepared.

Then crack cocaine came into the picture and was deliberately made available in predominantly low-income communities and African American neighborhoods. This gave law enforcement the perfect excuse to arrest more men and women and fill the prisons to capacity. Ironically the sentencing for crack was harsher than for powdered cocaine.

Then the police departments were militarized with the excuse of cracking down on drugs, but what really happened was the introduction of a new type of terrorism– the subtle kind that gives the appearance of doing good; the kind that murders people for no good reason.

A country that holds only 5% of the world’s population has 25% of the world’s prisoners. That means that one out of every four prisoners worldwide lives in the “Land of the Free”. Sounds ridiculous? Well, it’s proof that prisons are more than just places where lawbreakers are kept; they are a money-making tool.

This thought-provoking Oscar-nominated film takes a deep look at how the United States’ historical system of racial inequality drives its high rate of incarceration. The film includes moving archival footage and intense interviews with some of the country’s top scholars, thought leaders, analysts, and activists. Watch this now. 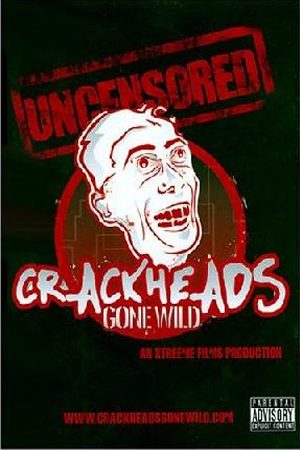 Crackheads Gone Wild consists of footage of troubled people deeply addicted to crack cocaine. The film showcases how easily, regardless of upbringing, self-destruction can occur to a drug addict.

This take-no-prisoners (please excuse the pun) exposé of William Sampson’s time in a Saudi Arabia prison looks at the most jarring aspect of his treatment: he is clearly innocent.

This film by Plus M Productions and Protect Our Winters was created with the sole purpose of activating communities to rethink fossil fuels and their negative impact on the climate and the environment.