Stitched up in Cambodia

When Having a Baby Means Losing Your Job

Many famous name brands deliberately choose to manufacture their products in countries where labor is cheap. This comes at a high cost that usually involves human rights violations and abuse of power.

In Phnom Penh, Cambodia, there are 1,088 textile factories. Just as in many other countries with struggling economies, most factory garment workers are women.  Because of strict quotas that have to be met every week, the workload is heavy. This means that workers are expected to sit behind their sewing machines and produce for sometimes 14 hours per day. When a seamstress gets pregnant, it’s very likely that she will get fired. Even though laws exist that protect workers, few actually know about them and so they are unable to claim their rights when these kinds of things happen.

The laws actually provide three months of paid maternity leave, if the same company has employed the woman over a twelve-month period. However, many unscrupulous bosses only offer three-month contracts, which means that the female workers remain unprotected indefinitely.  In recent years the number of companies with this practice has diminished, though. What used to happen was that when the boss found out that a seamstress was pregnant, he would fire her legally by just stating that her contract was up. That’s one of the reasons why most women still hide their pregnancies.

A certain factory fired 30 garment workers in one day. Most of the women were pregnant and one had recently given birth. Still she was told to leave, after having worked there for six years. Bosses don’t like pregnant workers because they see them as liabilities.

Regularly, seamstresses are expected to work overtime every day to receive a salary of less than $200 per month.  Those who don’t work overtime usually get paid only about $140. That’s the new minimum wage, which is a $12 increase from what it was before. It’s still below union demands, though.

Many women stop going to school and begin working at a very young age, even though it’s illegal. Most of them do it to be able to help out at home or to be able to leave the family home and launch out on their own.

There’s hope for Cambodian garment workers.  Many men and women are taking it upon themselves to help these seamstresses know their rights and to keep factory managers in check.

One such man, Rath Rott Mony, is a representative of the Cambodian Center for Labour Rights. Wherever there’s a rally or protest, he will be there. He considers it his duty to speak to women about their rights and to help them receive the payments and benefits they are due. Mony’s wife works for an NGO that fights for civil rights. Together, they have made their apartment into headquarters where many can go to get the help and support they need. Find out more now. 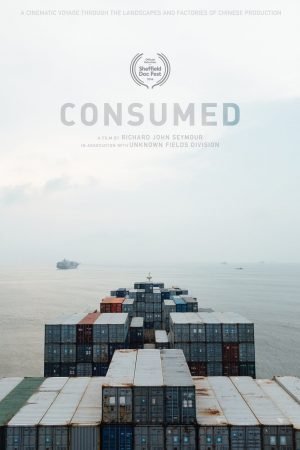 An ancient practice that can be traced all the way back to medieval times continues to baffle all who hear about it.

One response to “Stitched up in Cambodia”