Getting into Cirque Du Soleil

If you have ever wondered where Cirque du Soleil finds such incredible performers, now you can take a behind the scenes look at the work of the talent scouts, the auditions, the annual training camp, as well as what it means to be a performer in one of the most famous circus shows in the world. 16×9 Global News was granted unprecedented access into the world of Cirque du Soleil and has released this entertaining documentary.

Getting into Cirque du Soleil is no easy goal, they are competing against top world athletes for the opportunity. For those who aspire to be a part of this brand, which has been seen by over one-hundred million people worldwide, this is the epitome of entertainment. We meet Justin in the film, who has been working for 9 years to try to get into Cirque du Soleil, he’s made it into the training camp along with a group of others from which only 3 will be guaranteed a spot on a tour.

In the training camp athletes are introduced to training routines which they have never experienced in the past, it is a grueling process and their bodies take a beating (to say the least). By the end of the camp their bodies will have changed, some gain weight, some lose weight, some gain muscle mass in places they hadn’t prior to. They all are forced to step out of their comfort zone for as part of their training they must leave behind being an athlete to become a performer. From voice lessons to dance lessons, they are even tasked with putting on a show for the talent scouts.

In the audition process the simplest mistake will end your chance at making it into the database of talent which is what they are “competing” for. We see people fly from all over the world to make it to the auditions, hundreds of people can be narrowed down to only 3 in a matter of hours. We witness the nervousness, anxiety, and excitement of auditionees as they show up and perform their hearts out at the opportunity of being noticed and selected. Simply making it past the first cut feels victorious for these hopeful individuals. It is a grueling process, and to think they are auditioning for simply making it into Cirque due Soleil’s database of talent from which they may call upon you should a place in a show become available.

One of the more bizarre auditions is that of the clowns. Where you can be eliminated for being too pretty and people are willing to do anything and everything to stand apart and get the scouts attention, anything goes, even drinking your own urine is not frowned upon.

It is simply amazing the phenomena that Cirque du Soleil has become, in a class completely its own it definitely has people knocking down its doors at the opportunity of being a part of even the database. If you have had the opportunity of witnessing the magic of any of their shows you will most likely understand what all the fuss is about and because they have been around for so long they are literally making dreams come true. Justin remembers watching his first show as a young child and dreaming of being a performer of Cirque du Soleil, to find out if he’s dreams become reality after his 9 years of attempts.

Enjoy backstage access to the world of Cirque du Soleil in this documentary.

Thousands of dancers apply every year for admittance into the Vaganova Ballet Academy but only a few make it in because it’s difficult and it’s gruesome. 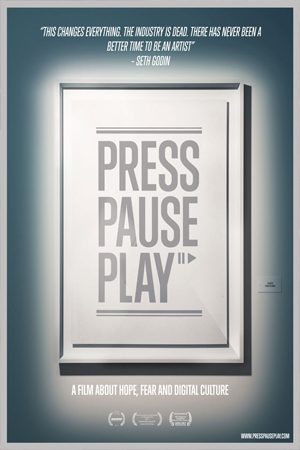 The Kentucky Derby is the fastest two minutes in sports. It always falls on the first Saturday of May. The Derby means different things to different people; it all depends on each individual’s perspective.