For the last twenty years, Indian cities have been enhanced by the arrival of American-style shopping centers filled with Western brands. Along with local restaurants in the food courts, three international brands are also making an appearance: Domino’s pizza, KFC and Subway. They are offering Western foods at very low prices.

At the same time, however, campaigns have been fighting against junk food in Europe for the last 15 years. In 2004 a law was voted to limit the effects of food marketing. In France, industries reduced the amounts of fat, sugar, and salt in their products. However, they target new unsuspecting consumers overseas by loading their products with fat and sugar.

In Brazil, for example, Western brands target the national passion for sports by selling a lot of sugary fizzy drinks. In this country one in two adults is overweight and one in seven is obese. Brazil is the third biggest market in the world for Coca-Cola. Some experts believe that one of the main reasons for the rise in obesity is excessive marketing. It’s customary for children to start drinking fizzy drinks in their bottles before age two. Parents believe that if businesses promote these products so much, then they can’t be harmful.

Then there’s McDonald’s and the way they have created loyalty among their target. Even though they claim to market responsibly by covering their logo on Ronald McDonald’s outfit when going to schools and by not mentioning the restaurant or products, all the kids know exactly who he is and what he represents.

In India, street food is healthy and plentiful. In order to compete, European and American brands prey on the consumer’s lack of information. In Europe and The United States, the menu includes bottled water, but that is not the case in India. They only offer sodas or juices and the consumers don’t complain. In fact, they say it’s clean, delicious, and less oily.

In India, a country where malnutrition is still a big problem 30% of middle-class adolescents are overweight. A large amount of these teens are opting for stomach surgeries because they are unable to control their appetites. Even more shocking is the discovery that the fast food sold in India contains many times more salt, sugar, and saturated fat than the same menu in France.

How is this allowed to happen? Find out now.

Who is responsible for raising a healthy child? It’s obvious that humanity is facing a huge problem these days: kids are much heavier than they should be.

‘India Untouched – Stories of a People Apart’ is a comprehensive look at untouchability. Director Stalin spent four years traveling the length and breadth of the country to expose the continued oppression of Dalits, ‘the broken people’, who suffer under a 4,000-year-old religious system. 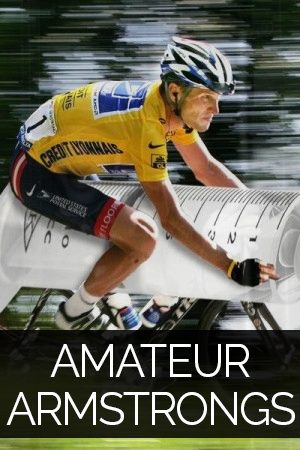 Lance Armstrong is a cheater. When he came clean, he blew the lid, once and for all, on a dirty little secret: sports doping.