In order to survive, sometimes you need to remember what your ancestors taught you. This is especially true if you live in a place like Toksook Bay, Alaska where the total population is less than 1000. Alaska’s natives are divided into 11 distinct groups. Those in the southwest are called by their native language: Yup’ik

To the Yup’ik, basketball is more than a game. Sometimes it’s therapy because suicide is a problem in the rural areas. As they mature, many young people become confused about their own identity and are filled with despair. This can be traced all the way back to when Christian denominations started arriving to Alaska. They told the villagers that their dances and customs were evil and that they should no longer engage in them. They even told them to stop speaking their native language. As a result, kids grow up with a deep sense of loss and disconnection from their roots.

About 70 years ago, a Jesuit priest brought basketball to the village. The people didn’t know much about the rules or how to dribble, but even so, they developed a strong love for the sport. Basketball is what brings life to the small town and unites the Yup’ik people.

And so it comes as no surprise that a young man by the name of Byron, who was only 16 years old at the time, willingly left his tiny village and traveled with his team for hundreds of miles across the frozen tundra to make his community proud by competing in a basketball tournament. The winners of this tournament would go on to compete in the state finals in Anchorage.

People took planes, snowmobiles, and even walked to get to the court. Many elderly stood among the crowd and cheered for their teams. It was a beautiful display of Yup’ik people of all ages as entire communities came together to enjoy the game they love.

Byron loves the game, but he can’t help thinking about his father who left them without a word.

Find out more about this beautiful story in this ESPN 30 for 30 Short Documentary. 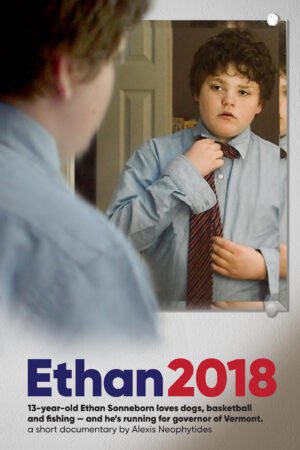 Ethan is 13 years old and he is quick to clarify that he has two loves: dogs and politics. He loves to find and feed stray dogs and he also loves basketball and fishing.

Thirteen minute, 28 second narrated color film clip of a 1977 Alyeska Pipeline construction progress report. Alyeska (meaning “mainland” in Aleut and referring to Alaska) is a consortium of companies that own the Trans Alaska Pipeline System (TAPS) The report gives a good overview of the challenges faced during construction of the 800 mile-long pipeline.

It is said that for one day every year Hmong people from a remote village in Vietnam reunite with old lovers.

One response to “I am Yup’ik”