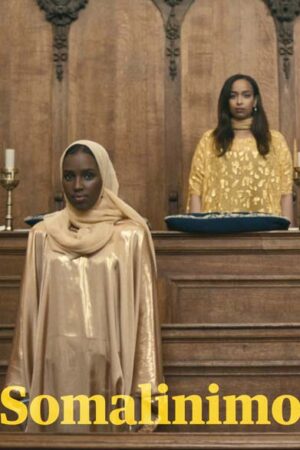 Navigating one of Britain’s most elite institutions is no easy feat. It can become even more intense if you don’t blend into the crowd. The average intake of Black students at the University of Cambridge is only 3%.  Even though these four young women knew it was going to be academically challenging, nothing could have prepared them for all the other puzzling aspects of life on campus.

For some of them, something as simple as finding food was an entire ordeal; they had taken for granted that not everybody observed their dietary guidelines. Although it was easy to find halal food in London, it was not available at Cambridge.

Then there’s formal hall, which can be a space that brings up deep feelings of seclusion and separation if you stand out. There are imposing pictures and statues all around of White men. These Somali students felt the constant urge to have to prove themselves as Black, Muslim women, like they needed to show that they deserved to be there.

The world has heard very few good things about Somalia, so it can sometimes be a strange ethnicity to belong to, but these young women have not allowed any of the discomforts they have felt to stop them. After grabbing hold of the assurance that their identity does not make them less deserving of Cambridge, they chose to thrive. Watch this brilliant piece now.

After paying taxes for 37 years, Paulette Wilson got a letter stating that she was an illegal immigrant. The letter shocked her to the core because for the first time in her life she had absolutely no idea who she was or where she belonged.

VICE brings us a documentary on the 2012 London Olympics! We explore British opinion to the games and the negative impact it’s having on some people’s lives.

What would compel a woman to strap on a bomb, kill herself, and take the lives of innocent by-standers? Meet the newest weapons of terror: female suicide bombers.