The Year of Pluto

Our Solar System has a mysterious zone that holds the clue to our origins. NASA has been trying since 2006 to gain access to this zone aboard the biggest rocket yet. Exploring the outer Solar System takes a lot of time and requires a lot of patience, perseverance and dedication. If all goes well with the Pluto flyby, NASA may extend the explorations farther out into the Kuiper Belt. The New Horizons Mission is a once in a lifetime opportunity to get out there and take a closer look at the Kuiper Belt—the Solar System’s mysterious third zone.

New Horizons sped towards Pluto at a phenomenal rate. In 2015 on July 14th the long journey of three billion miles, nine years of flight and 85 years of speculation about Pluto climaxed in one day of close approaching flyby.

Studying Pluto and its neighbors from Earth is one of the toughest challenges to Astronomy. It requires the most advanced instruments available on the planet. Not only that, but 85 years have gone by since Pluto was discovered in 1930, by Clyde Tombaugh. Tombaugh grew up on a farm and built telescopes using left over farm implements. In 2001 NASA approved the New Horizons project and in 2015 scientists finally arrived.

For decades after Tombaugh’s discovery, Pluto remained more or less a point of light. But in the mid 1970s a few astronomers attached cameras with infrared filters to a telescope and found evidence of frozen methane on Pluto’s surface. Two years later another astronomer noticed an elongation to the north of Pluto, which disappeared a month later. From this they concluded that Pluto had a moon.

In 1995, Pluto’s surface was mapped to reveal that it has two of the most contrasting surfaces. Fast-forward to the early 2000s when astronomers discovered a total of five moons surrounding Pluto. It was determined then that Pluto is a genuine mini planetary system. Astronomers have estimated that Pluto is perhaps 70% rock and 30% ice. This makes it the largest of a whole new type of object, making up what is known as the Kuiper Belt. The first of these objects, known as KBO, was discovered in 1992 and to date around 2,000 more have been found.

In reality KBOs are moving against the fixed stars and finding them is only half the battle. There are new projects being designed to extend the space mission to include more KBO flybys between 2018 and 2019.

The excitement increases as astronomers are able to finally get answers to many of their questions. Watch this documentary now. 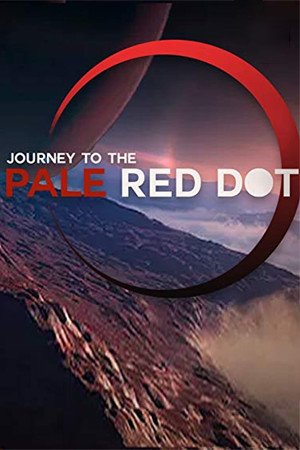 This film tells the interesting story of how it came to be that the United States Government joined the space race and challenged NASA to embark on a mission to explore the moon.

Radical ideas of a Cambridge biomedical gerontologist called Aubrey de Grey who believes that, within the next 20-30 years, we could extend life indefinitely by addressing seven major factors in the aging process.

Imagery rarely seen by the public which highlights space shuttle launches from 1981-2010. Set to certain relaxing music, this special video was produced by NASA engineers at the Glenn Research Center.

2 responses to “The Year of Pluto”