The oceans cover 71% of the surface of the earth and they provide us with the oxygen we need. Under the surface the oceans hold wonders we can scarcely imagine. However, these days all the beauty contained in the oceans is threatened by the biggest predators—humans.

Pollution, climate change and intensive over fishing are a menace to the life in our seas. This also puts at risk the livelihood of individuals and groups who depend heavily on marine life to survive.

Many of the wonderful creatures that live in our oceans will be lost to history as the seas continue to change. Humanity has enjoyed a long and fruitful relationship with the sea throughout history. But today, increasing global population has proven that we may not be able to continue exploiting the sea without changing it forever.

Fishing has played a huge role in changing the dynamics and demographics of the sea.

Today the oceans are very different to how they used to be. One of the biggest changes is the reduction in a number of large predatory marine species. They are so commercially valuable that they have been continuously targeted. This puts pressure on the specie’s ability to replenish itself.

A classic example is the Atlantic Bluefin Tuna. This is one of the most valuable fish in the ocean. The over exportation of this tuna has been a matter of concern for many years because the fish is a delicacy in many parts of the world. A single tuna can sell for hundreds of thousands of dollars. There has been a massive reduction of Bluefin Tuna spawning stock levels.

This sort of over fishing isn’t only limited to distant oceans. The situation is affecting every part of the world. Ironically it was first described in 1997 by Professor Daniel Pauly who warned that the day would come when we would be fishing down marine food webs.

There are some things consumers can do to help, because we all have an important role to play. A great first step is to find out where your fish is from and how it is caught. This helps to protect the species that are vulnerable and reward the sectors of the industry that are striving for sustainability. It’s a matter of making the right choices when it comes to where we buy our food. Watch this thought-provoking film now.

Kayaking From LA to Tijuana To Fight Tuna Overfishing

These days, if you want to get your message across, you need to think outside the box. This is exactly what Andrew Szabo, an environmental activist and novice kayaker did. 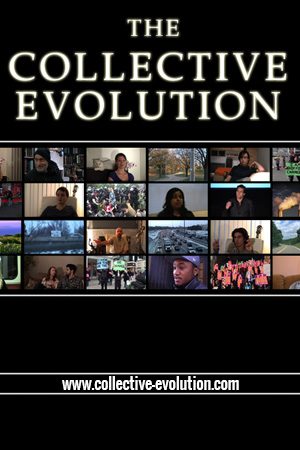 Frederick Douglass said that power concedes nothing without a demand. It never did and it never will. The world hasn’t ended, but the world as we know it, certainly has.

A Stunning Visual Portrayal of Earth

In just a relatively short period of time, humans have managed to disrupt the balance that is essential to life. Earth is the perfect distance from the sun, so its atmosphere allows it to conserve water in liquid form.