In Western Mexico, there’s a place called Michoacán de Ocampo. It’s one of the states that comprise the 32 Federal Entities of Mexico. For years, this place has been terrorized by drug cartels. A group of vigilantes decided to take matters into their own hands after they became fed up with all the kidnapping and extortion. They called themselves ‘Grupo de Autodefensa’ which means self-defense group.

A young man named Antonio ‘Lonely’ Gutierrez Farias was a part of the self-defense group. Gutierres Farias grew up in the United States and at the age of thirteen, he began to behave very badly. Being filled with rage at everyone and everything led him to start fighting and carrying knives and firearms. Soon enough he joined a gang and became extremely violent, often intentionally harming others for no good reason.

Eventually, he was deported straight out of prison and that’s when reality hit him—he had walked into hell. His objective then became to get revenge for what the Caballeros Templarios  (Templar Knights) did to his family. This was a mafia-like group that committed every imaginable crime against innocent people.

After arriving in Mexico, he was kidnapped and held captive for 22 days. During this time he was tortured and a hood was kept over his head. Finally one day he came face to face with what death looks like from the victim’s point of view and he understood that the people of Michoacan didn’t really care about who was selling the drugs, they just wanted peace.

Antonio AKA Lonely started fighting for his family to have the opportunity to live without the fear of being kidnapped or murdered. His war against the cartel was not to benefit the country or the president. He did it for the ones he loves because they’re all he’s got. Watch this stimulating film now.

How our Wounds Make Us Who We Are

People who have to live with scars in visible places go through a lot of emotions in public. People stare, some ask, some look away in embarrassment, others pretend they are invisible, and quite a few immediately judge and reject. 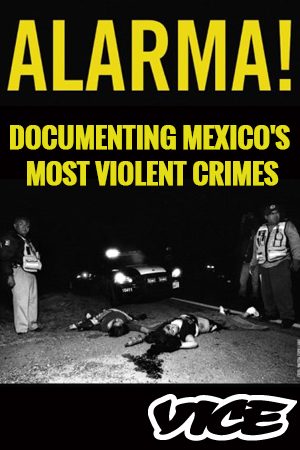 One response to “AKA Lonely”