Musician and filmmaker Raphael Treza journeys into the heart of Northern India to spend three months living among one of the country’s nomadic tribes: the gypsies of Rajasthan called Kalbelia. This group is made up of dancers and musicians and their name means ‘those who love snakes’.

Treza’s journey begins in Mumbai with a 15 hour train trip that takes him to the Thaar desert on the border of Pakistan. He sets up his base camp in Pushkar— a holy city with a hippie atmosphere that appeals to tourists. Travelers visit Pushkar to discover Indian culture and art like the Bollywood dance.

The people of Kalbelia make their living as nomadic agricultural workers and shepherds. They were considered ‘untouchable’ until the discriminatory Hindu practice was abolished in 1950.

Understandably some gypsies keep cobras as pets. When it’s handled, the cobra actually adopts a peaceful behavior. Usually its venom is extracted regularly, although its bite remains dangerous. Kalbelia gypsies have the cobras as a symbol and children learn to handle them as they dance from a very young age. Some sedentary Kalbelia catch cobras and sell them to neighboring villages to make some money. These men have a specific system for catching these venomous snakes, which includes poking a long stick into holes in the ground. These holes are the cobra nests.

Potentially dangerous snakes often cross the villages at all hours of day and night and the Kalbelia seem to be on call to catch them.

From making charcoal to camel rides, from music festivals dedicated to the god Krishna to hunting for lizards and snakes, this is a full adventure filled with flavors and colors.

Spending three months living among a group of people that had never seen a foreigner before certainly has its perks. Watch this interesting film now.

Malaysia is home to some of the most dangerous and treacherous jungles on the planet. These jungles are home to an impressive diversity of living things.

720 of the world’s last silverback mountain gorillas are fighting desperately for their survival. Filmed in the forests of the Democratic Republic of Congo, this documentary shows how the future existence of the majestic beings depends on this sole patch of land in the mountains, surrounded by a sea of humans. 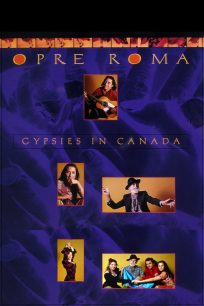 One Thousand Men Living on Fish and Packed Like Sardines

Migingo is a small island in East Africa that’s part of a cluster of three islands. It rises out of the waters of Lake Victoria.