Life Before Birth: In the Womb

You were conceived from a single cell to a full-grown baby in only 9 months.  This is amazing and miraculous because during ejaculation a mature healthy man can expel up to 500 million sperm inside a woman’s vagina. Just one sperm goes on to produce another human being with all its complexities.

It may take up to 10 hours before conception occurs and the mother may be completely unaware of the events taking place inside her body. All of this is exciting, especially when the pregnancy is wanted. But what’s even more exciting is the fact that a new generation of ultrasound has given doctors and parents the opportunity to see exactly what’s going on inside the womb during the pregnancy. This lets the parents experience the development of the fetus as never before. The biggest benefit is that it allows a bond to develop between the baby and his parents while it’s still inside the womb.

We have been able to observe how during his stay in the womb, the fetus learns to grasp with his fingers, frown, smile, and identify his mother’s voice. The fetus can hear sounds from the outside world like conversations, music and other noises.

During the first trimester, the fetus practices reflexes by bouncing off the uterus walls like one would on a trampoline.  There’s still a lot of space available no enable him to do this and practice the skills that will later be used for jumping, running, and walking. The mother, however, only becomes aware of her growing baby’s movements around the fourth month of pregnancy.

As he enters the second trimester, the fetus is still less than 10 centimeters long but he is now less at risk of a miscarriage. The fetus is much more mobile and able to flex muscles efficiently.

By the third trimester, the baby begins practicing more skills that will enable him to survive in the outside world. He swallows large amounts of amniotic fluid, up to half a liter, per day. This helps his digestion but also helps him to master swallowing. At the same time he begins to practice sucking. This is an extremely important reflex, and he will willingly suck on anything remotely resembling a nipple, such as his fingers and toes. The vivid images take you on a wonderful journey into the womb. Watch this film now. 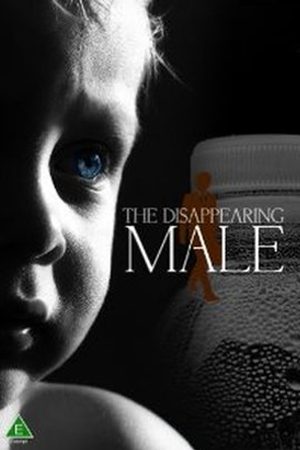 The Disappearing Male is about one of the most important, and least publicized, issues facing the human species: the toxic threat to the male reproductive system.

This short film was shot on location in New Zealand. It documents the life and research of Dr. Ingrid Visser. From a very young age, Dr.

Rosa Monckton has a fourteen-year old daughter with Down syndrome. She has campaigned for over a decade for the rights of disabled children and their families.