This is the story of Ai Weiwei, one of the most intriguing people in China. This man has emerged in recent years as China’s first global art star. Museums all over the world showcase his monumental sculptures and provocative photography. In fact, nobody else in China is generating this kind of world-wide attention.

Ai Weiwei is a fearless man who speaks what’s on his mind. This boldness is evident in his art. Weiwei obsessively documents his daily life and posts the information online, but he also uses the Internet and its global reach to speak out against corruption and other political issues that affect the average Chinese citizen. Contrary to most Chinese journalists, Ai Weiwei uses aggressive words and images to denounce the darkness in his society. Art is his weapon.

Ai Weiwei’s activism took a massive public turn in 2008 as China prepared to host the Olympic Games. He had worked side by side with the Swiss architects to design the signature stadium that would host the games. But as time passed, he became disillusioned and called the Olympics a fake smile that China was putting on for the rest of the world. For Weiwei the games had turned into a celebration of the leadership of the Chinese Communist Party, and he wanted nothing to do with it. He even refused to attend the opening ceremony.

In May 2008, an earthquake devastated Sichuan province in China. Around 70,000 people lost their lives and over 4.8 million were left homeless, mostly due to the collapse of poorly built government buildings and schools. Ai Weiwei toured the wreckage personally and grew outraged at the lack of government responsibility and its unwillingness to publish the names of those who were killed in the earthquake. So he used his blog to send out a call to action. The response was overwhelming and thus began what he called a “citizen investigation” into the earthquake deaths.

This endeavor caused the government’s Internet sensors to begin to pay more attention to Weiwei’s blog and in May 2009, as the anniversary of the earthquake approached, the authorities shut it down completely. That event marked the beginning of a long stream of abuse that threatened Weiwei’s physical and emotional well-being. Unmoved, he continues to document his life. Watch this story now. 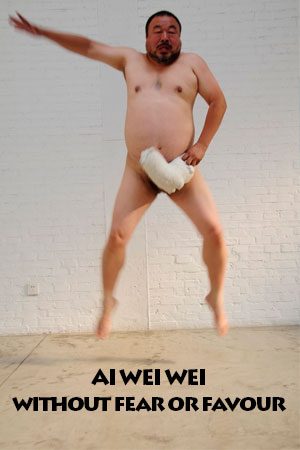 Architect, photographer, curator and blogger, Ai Weiwei is China’s most famous and politically outspoken contemporary artist. As Ai Weiwei’s latest work is unveiled in the Turbine Hall at Tate Modern, Alan Yentob reveals how this most courageous and determined of artists continues to fight for artistic freedom of expression while living under the restrictive shadows of authoritarian rule.

Where Cybercrime Goes to Hide

It’s a war and cyberspace is the theater. Do Internet hosting services have a moral responsibility when it comes to what’s available on the Internet?

There’s a 16 year old girl at the heart of Hong Kong’s democracy movement. She wears a white surgical mask and is known only as The Chalk Girl.