The Baalbek Temple Complex located in Beirut is one of the most amazing structures of antiquity. There have been many conflicts in the region for many years and even though it’s not currently the case, the buildings still hold traces of recent hostilities.

The history of the place is extremely eventful. It is believed that ten thousand years ago there was a sanctuary of the Neolithic Period that was discovered when archeologists made an excavation in the center of the courtyard. There was a temple dedicated to Baal during the time that the Phoenicians. That’s where the name of the city derives from.

However, the building of temples ended with the collapse of the Roman Empire. In the time of the Byzantines, when Christianity became the national religion, the pagan shrines and temples were desecrated and destroyed. Basilicas were built instead.

Then came the Arab crusaders and Turks who dismantled the ancient masonry for the construction of fortress walls, castles, and mosques.

The megalithic foundation of the temple of Jupiter is what attracts the most tourists and causes the most disagreement among historians. In the place called the Baalbek Terrace, the largest stones that have ever been used in construction are located. It’s a series of large limestone blocks surrounding the base of the Temple of Jupiter from the North, Western, and Southern sides.

The amazing film shares the details about this mysterious megalithic structure that has fascinated tourists and baffled historians for many years. Find out all about it now.

Billions of years ago, Venus may have had life-giving habitats similar to those that were once familiar on early Earth. Today, however, its surface is a fossil of volcanic destruction hiding beneath a dense toxic atmosphere.

For hundreds of years the small village of Hampi housed gods and kings. It was the capital of rulers who presided over a magnificent empire.

This documentary by Jacques Grimault and Patrice Pooyard posts some disturbing questions and their unbelievable answers. The Great Pyramid of Giza is one of the seven wonders of the ancient world and the only one that is still standing today. 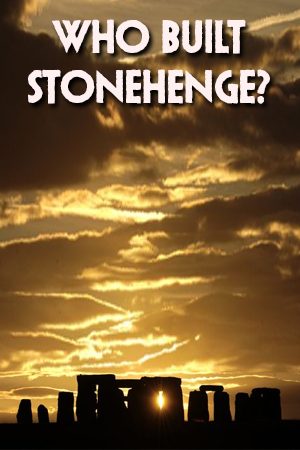 Stonehenge, located on the Salisbury Plain in Southern England, has long been associated with Druids, a group of wise men present in England more than 2000 years ago.

The Nasca lines are some of the most intriguing mysteries of ancient Peru. Thousands of geometric shapes and spirals have been drawn on the desert surface for unknown purposes.

Malaysia is home to some of the most dangerous and treacherous jungles on the planet. These jungles are home to an impressive diversity of living things.