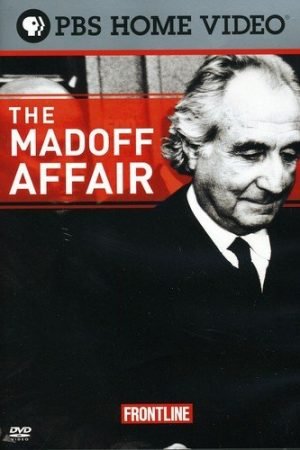 In the 1920s a man by the name of Charles Ponzi promised investors a 50% return within months if they placed money into his business of international mail coupons. What he was doing was paying early investors with funds from later investors. As long as new investors contributed new funds, the scam continued. Ponzi was not the first scammer, but he became a household name because of the large amount of money that he took in. When it all came crashing down, the fraudulent scheme was named after him.

On December 11, 2008, the news broke: Bernard L. Madoff confessed that his investment company was nothing more than a Ponzi scheme. Within seconds phones were ringing around the world and emails were flying. It was the largest stock fraud in history.

When something seems too good to be true it usually is. That’s why asking questions is not only limited to the classroom; people in every walk of life need to form the habit of asking the right questions when in doubt. Nobody double-checked and nobody regulated, they just “invested” more of their hard-earned money because they were encouraged to do so, and it sounded like a sound business move.

Madoff established an investment advisory business that operated under the radar. His first clients were friends and associates who started with very small nest eggs. Entire families jumped in because he promised returns of 18%. Soon Madoff enlisted two accountants from his father-in-law’s firm: Avellino and Bienes.

By the early 90s the investment advisory business had amassed over three thousand clients; too many to be operating as unregistered investment advisors. The accountants had doubts and wondered if they should get a license, but Madoff disagreed.

By 1992 Avellino and Bienes had over $400 million invested with Madoff. The SEC got involved, shut down the office, and the men were fined. The clients got their money back and Madoff claimed in an interview that he had no idea that Avellino and Bienes were operating illegally.

Madoff took over and effectively kept up his scheme for years amassing millions more and involving many unsuspecting professionals who, in retrospect, should have known better.

This film, titled “Not Business As Usual,” takes a provocative look at capitalism and the price of success. According to Jay Coen Gilbert, co-founder of B Lab, twentieth century capitalism has one rule in its operating system which is that the purpose of the corporation is to maximize shareholder value exclusively, even if that means that there are significant unintended consequences.

This feature length documentary by Rodrigue Jean explores the lives of male sex workers. It includes interviews with real men who work as prostitutes, sometimes for many years.

We’ve known about the dangers of climate change for six decades. Back when scientists first started warning about it, there was still barely enough time to make changes in the way we treated our natural resources.

The short definition of bitcoin is: cash for the Internet. Basically it’s a new kind of currency and a payment network.

Ten years ago, in 2006, UNICEF published some shocking statistics that claimed that due to the drastic poverty situation, about a third of the children in Kenya are involved in some form of prostitution and one out of every ten is involved in sex trade.